The landing page for my video games is on itch.io here: https://juanitogan.itch.io

A “mad as eating nails” party game that happens to also be the most realistic TD/2D racer to date.

Now available on both itch.io and Steam. 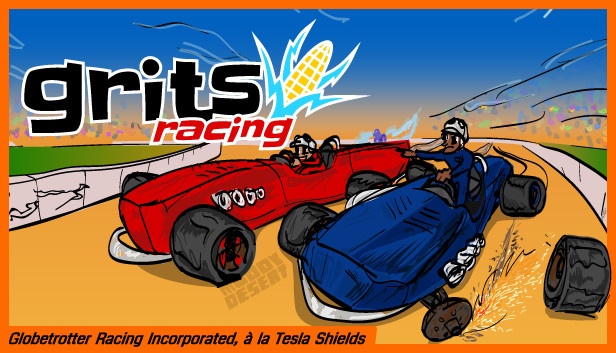 GRITS Racing is meant to be an 8-player, family-friendly, cartoony party game first, and racing game second.  I put a ton of effort into the car physics to try to produce something new out of the old top-down 2D racer genre.  Getting the skid marks to be both beautiful and permanent wasn’t easy either.

A simple-but-challenging game of swiping down to jump up.

Available for Android on Google Play.

This is my simultaneous-multiplayer mod of Carol Shaw’s classic River Raid.

“Dead people are going to die.”

Okay, so you can’t “look at” or play these yet… but you could nudge me to publish them.

A game of samurai politics and warfare.

I need more time in the week to finish stuff like this.